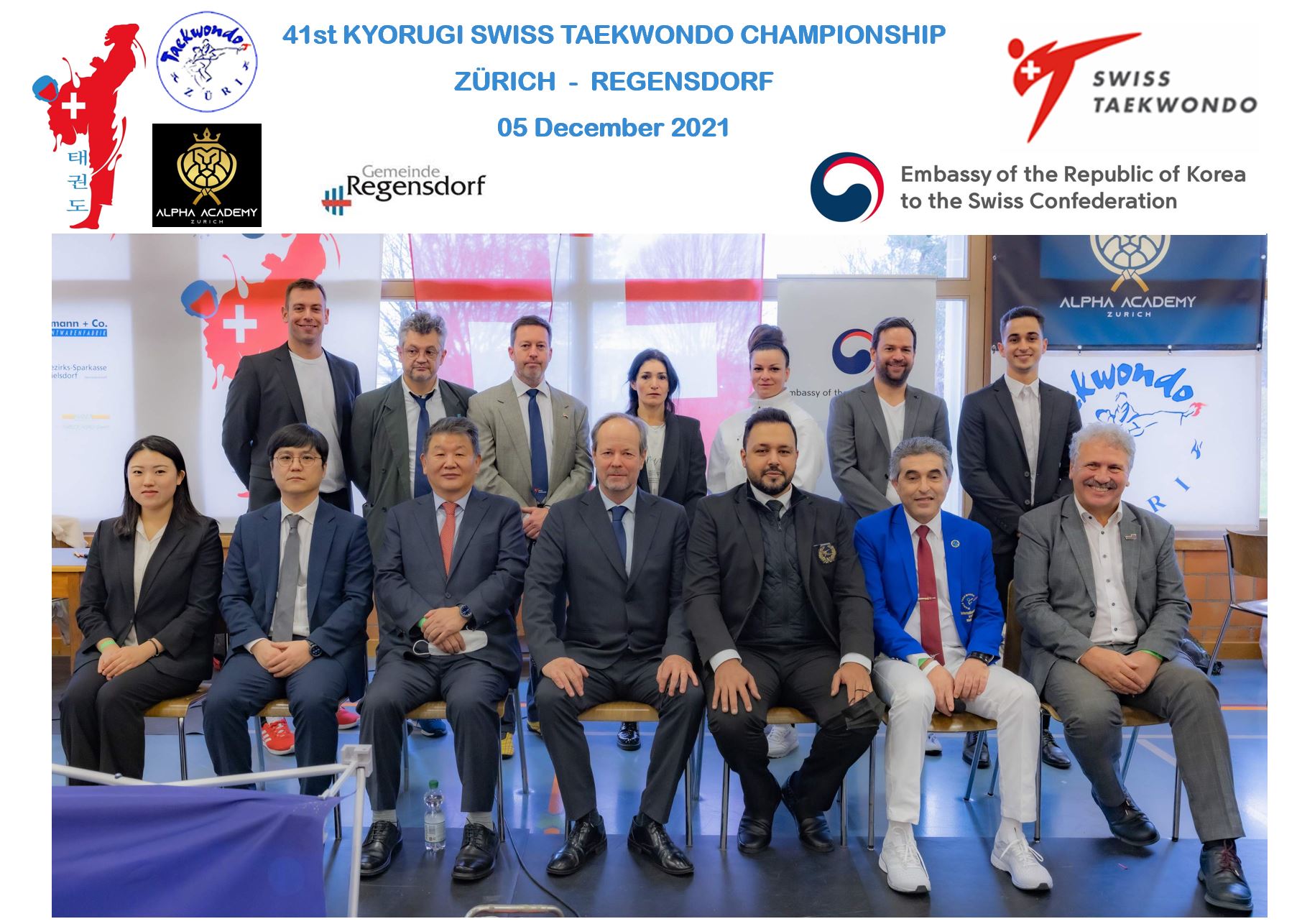 Swiss Taekwondo held the 23rd and the 41st Poomsae and Kyorugi National Champinships in the City of Regendorf/ZU. The Championships took place on 04 and 05 December and were organized by two Swiss Clubs; Taekwondo Züri and Alpha Academy Zurich.
Two World Taekwondo Council Members, H.E. Mr. Ambassdor of the Republic of Korea to the Swiss Confederation and the Mayor of Regensdorf/ZU took part in the Openening Ceremony of the Championships.
38 International and National Referees of Poomsae and Kyorugi took part and officiated during the two days event.
Swiss Taekwondo nominated for the first time Mrs. Maria GILGEN as Championship Safeguarding Officer. Mrs. Gilgen is a newly elected Board Member of Swiss Taekwondo and Chair of Athletes & Integrity Committee.

During the Championships, the Embassy of the Republic of Korea organized a photo & VR exhibition. It was a great occasion for partcipants, athletes, coaches and parents to discover the beauty of Korean landscapes and Korean culture.